Even though Bluetooth Low Energy Modules available at a reasonable cost, most of these modules are not compatible with existing devices that support the classic Bluetooth. The HC-05 is an expensive module that is compatible with wide range of devices including smartphone, laptops and tablets. Adding a Bluetooth to Arduino can take your project to the next level. It opens up lots of possibilities for user interface (UI) and communication. The phone/tablet etc can act as an UI element or data logger and interpreter for your next project.

So let's get started , in the first part we will simply look at how easy it use the module with Arduino and transfer data to a Smart Phone. Later we will look at various configurations the HC-05 module like the device name, pass-code, modes of operations and all of that with the help of AT commands.Later we will also look at pairing to Bluetooth modules, configuring one as Master and other as Slave. You need not configure the module, if you simple want to use it.

Observe the tiny switch on the board on the top end of the switch, we will be using it to put the board in the AT command mode. 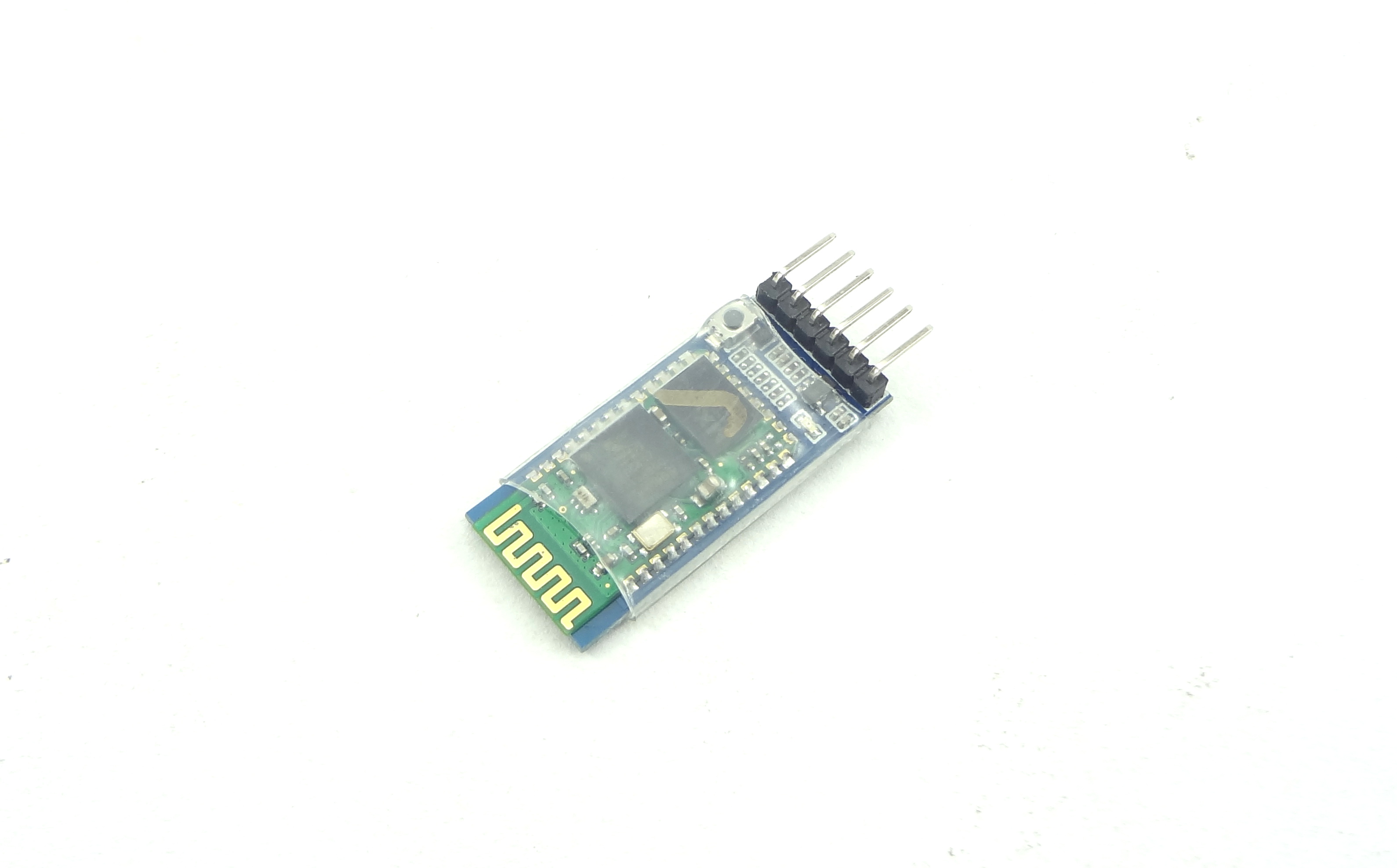 The module available at the EE Store has 6 pins as shown below: We will start with a very simple example of establishing a serial connection between the HC-05 and the Smart Phone and send/receive message. You can take the example forward to control devices or log any data that you wish.

We will use pins 10 and 11 of the Arduino to connect the HC-05 and use the SoftwareSerial library to communicate with the module. The Hardware serial port on arduino is used to send/receive messages from the computer to the Arduino.

The voltage divider on the Rx line of the module is recommended to ensure that module does not receive signals above 3.3v.

In a real application you might want to use the HW serial port itself to connect the Bluetooth module, if you need hardware interrupts. There are numerous Android apps to connect your phone the blue-tooth Module. I used the Bluetooth Terminal to connect it to the HC-05. The output as seen on the Arduino Terminal. This way we have established a blue-tooth link to send messages form the phone to the Arduino with HC-05. 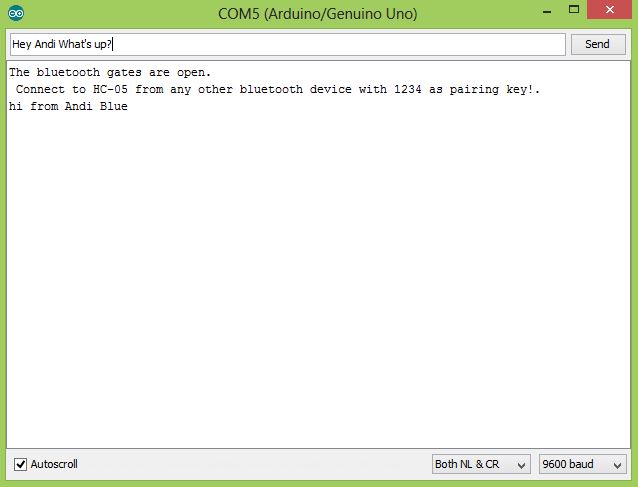 Configuring with AT Commands

As said earlier, you might want to configure the module to setup various things like the device name, pass code, baud rate etc. To do all of this, you need to first put the module in AT command mode.

We have the breakout board with a switch on it as shown in the first picture, for this module perform the steps below:

Notice that the only change in the code is the baud Rate. This is the rate at which the module speaks in the command mode. We need not change anything on the terminal because we are still speaking the with the Arduino at 9600 baud.

Open up the terminal hit AT and check if the module echos back OK!