Blinky, is your first experiment in the world of Arduino. Let's blink! We will connect a LED to pin 13 of Arduino and turn it ON/OFF every second. 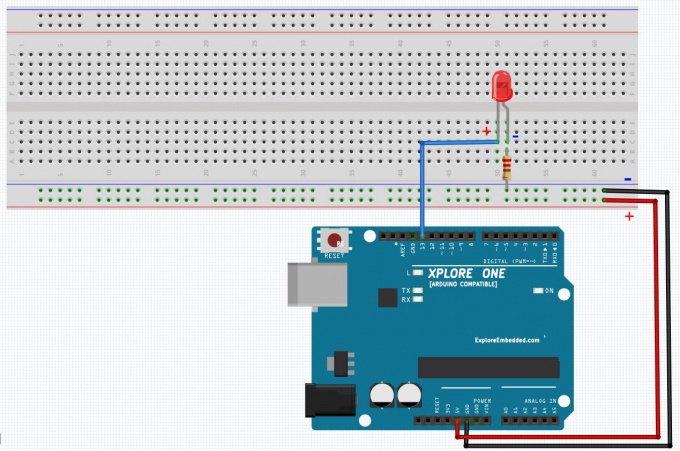